The people behind it all

Rachel retired from her role as Executive Director, People with Barnsley Council in June 2020. She had served there as Director of Children’s Services from 2013 taking on the additional responsibility for Adult Social Care Services in 2015.

Qualifying as a social worker in the 1980’s, she worked in a variety of social work and managerial roles with Derbyshire County Council across both adults and children’s services. She moved to Derby City Council as Assistant Director for Children’s Social Care in 2000 and went on to establish the integrated children’s trust arrangements for the city in 2005, implementing the requirements of The Children Act 2004. Rachel then held an integrated children’s services portfolio in Derby from 2006, before moving to Leicester City Council as Director of Children’s Services in 2009.

Rachel participated in the ADCS Staff College, Director of Children’s Services Leadership Programme as a member of the fabled ‘Cohort Five’ in 2011. She is a qualified Executive Coach and Mentor and, in this capacity, supports individual and group leadership development. She has been committed to supporting learning within the sector through her roles as Director of the Staff College; vice-chair of East Midlands ADCS, and then vice-chair and subsequently chair of Yorkshire and Humber ADCS (2013-19).  Rachel became Vice President of ADCS in April 2018 and President in April 2019. In this role she was the ‘voice’ of the Association contributing to policy development nationally. As President of ADCS, Rachel drew on the lived experiences of children and young people to challenge central government for policy improvements and a long-term sustainable funding settlement for children’s services.

Driven by a determination to make a difference to children and young people’s lives, Rachel has a strong track record and national reputation for performance improvement. Rachel is an experienced systems leader. By supporting and challenging partnerships to collectively understand the needs of local children and young people and hear their voices, better outcomes have been delivered in all the areas that she has worked in. As the Director for Children’s Services she led services in her two authorities out of national intervention by drawing on the models of collaborative and distributive leadership to secure continuous sustainable improvement. She has led peer reviews within the Yorkshire and Humber region and developed and implemented a methodology for a Test of Assurance of Council arrangements for the statutory Director of Children’s Services.

Returning to Yorkshire for family reasons in 2013, Rachel was privileged to take up her second tenure as a DCS in a place where she has a local connection; her great grandfather had worked in the borough in the late 19th century although in a very different capacity, he was a glassblower by trade.

Rachel retired in June 2020 after eleven very successful years as a Director of Children’s Services to take on new challenges.

Back to meet the team 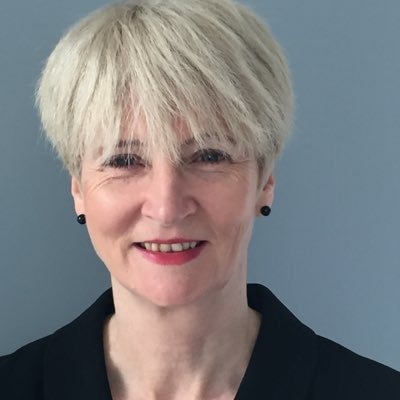