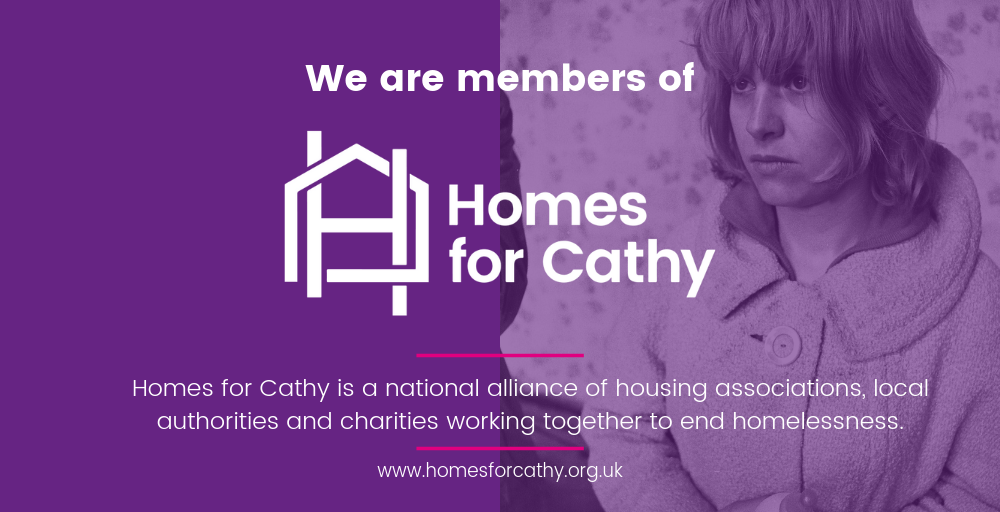 We are a member of Homes for Cathy

The National House Project is a member of Homes for Cathy, a national alliance of housing associations and homelessness charities dedicated to raising awareness of the needs of homeless people.

Many young people leaving care go on to become homeless for a whole range of reasons, including the impact of previous trauma and the lack of support. We are seeing a much greater stability for young people in House Projects and homelessness being prevented.

Homes for Cathy was formed to mark the 50th anniversary of the influential Ken Loach film, Cathy Come Home in 2016. The film led to a public outcry about the problem of homelessness. Housing associations were formed up and down the country, initially run by volunteers. Many have since become large providers of badly-needed affordable homes.

The Homes for Cathy group works with the National Housing Federation, Shelter, Crisis and other groups campaigning for homeless people.