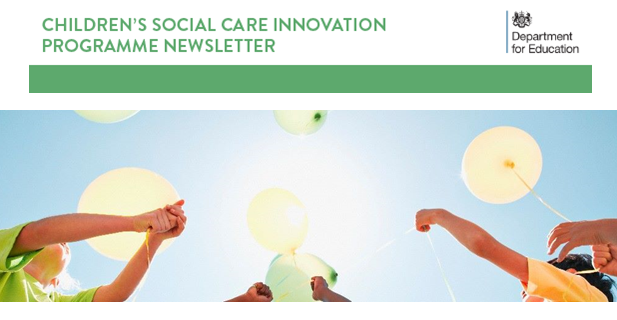 The House Project (HP) takes a ground-breaking approach through its commitment to young people’s ownership to enable them to leave care together and achieve successful independence. We recognised their energy and creativity and the Project was co-designed with them from the start. Their potential was channelled into managing the refurbishment of properties which became their homes and building a community of support to overcome the loneliness and fear they had described. See our video – The House Project Summary.

In its successful pilot phase in 2015 young people aged 16+ managed the refurbishment of void properties in Stoke-on-Trent, which they moved into and which became their homes for as long as they wanted. A second phase of Department for Education (DfE) Innovation funding in 2017 enabled the development of new HPs in five LAs (Islington, Oxfordshire, Warwickshire, Rotherham and Doncaster) and the establishment of ‘The National House Project’ as a National Charity to develop the framework and provide the expertise and support to enable any group of young people and the adults working with them to apply to set up their own HP in the future.

On 30 August 2019 the National House Project (NHP) held its Annual Conference ‘One year on’ to celebrate the success of its first year as a National Charity. Huge steps to establish the Charity have been made, including a five year business plan to establish 30 House Projects in 5 years, completing case studies with the London School of Economics, presenting at the Nesta ‘Reimagining Services’ Conference and developing a working relationship with Reconomy, who have a Social Value Programme that has led them to work closely with Wolverhampton City Council.

All HPs have supported young people to attend regular group sessions, complete the Learning Programme and move in to their homes. The Charity was invited to Buckingham Palace and young people represented their HPs at the Queen’s Garden Party.

Young people launched the Charity’s Care Leaver National Movement (CLNM) and co-hosted the event. All young people as part of the House Project Learning Programme complete a ‘Power, Pitch & Purpose’ module that supports them to present researched ideas to a range of audiences. A BBC news editor, who was present, described their performance as ‘impressive’. Two young people sit as expert advisors on the Board of Trustees to ensure that young people are at the heart of decision making through all tiers of the Charity.

A House Project Learning Programme, that is modular and web based, has been developed with young people. It provides the skills and high-quality learning experiences the young people need to be successful and own their House Project. The Programme is being accredited by AQA and the young people on the programme will then be recorded as in Education, Employment or Training (EET). The Programme is linked to the psychologically informed practice framework ORCHIDS (Ownership, Responsibility, Community, Home, Independence, Direction and Sense of wellbeing) which provides a clear operating framework and develops a supportive and safe base from which young people explore the world and build a positive future.

ORCHIDS is underpinned by the psychological theory of self-determination which says that psychological health requires three basic needs to be met – autonomy (the need to feel in control of what we do and how we do it), competence (the need to learn to do things and be good at something) and relatedness (the need to feel a sense of belonging and an attachment to other people). The framework enables young people to be the authors of their own futures and develop control and responsibility for their own lives. We know that pride in doing things for yourself is a key to unlocking young people’s potential. They work closely with a staff group who know them well and who are supported by a psychologist to ensure that the projects are delivered safely.

Mark Riddell, National Implementation Advisor for Care Leavers and Heather Rolinson, Innovation Unit Coach, focused their key-note sessions on the future. Mark is an advocate of the NHP and is committed to both support ‘scaling’ and to work with the CLNM to challenge systems and improve the offer to young people leaving care. Heather talked about the NHP having the right infrastructure to scale nationally in line with the DfE’s ambition to spread best practice.

With the first year under its belt the second year for the NHP has already seen the next cohorts of young people being identified within the current HPs who are committed to running projects beyond the Innovation Programme. New projects have been initiated in Wolverhampton and Manchester and work is ongoing with the Life Changes Trust to use the framework with Local Authorities in Scotland, with a specific focus on reducing homelessness for care leavers.

The Charity has been shortlisted in the category of ‘leaving care’ in the Children and Young People Now Awards that are to be presented in November and has ambitions to be sector experts in working with young people and in developing the systems to support them. Integral to this is developing relationships with business partners that are aware of the challenges for care leavers and can support them into the world of work. Furthermore, the NHP are currently looking to replicate Reconomy’s offer of mentoring, CV writing, taster days and apprenticeships to other HPs across the country.

Young people have been central to the development of this way of working and their views have been captured as part of the evaluation and by a documentary film maker with the videos being available on the NHP YouTube channel.